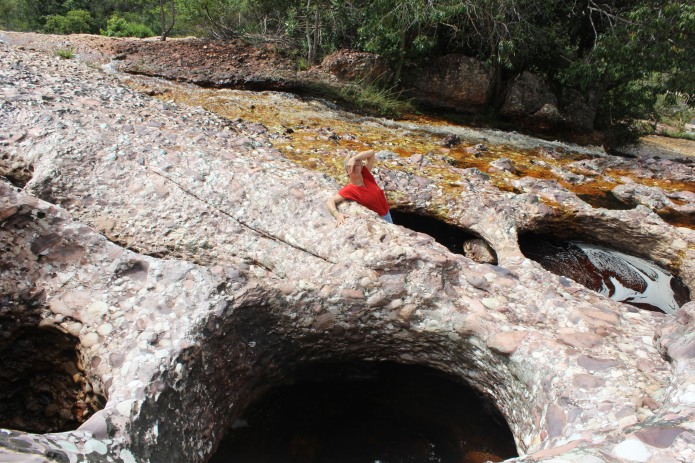 Before we left Lencois Monika and I set out on a path to find the mystical Cachoeira Sossego, one of the prettiest most majestic waterfalls in this area. We asked around in the town, cobbled together some directions and off we went. We had such an adventure navigating our way through a kingdom of gigantic rocks but in truth: we were LOST.

On our way home we met Pablo, son of a Parisian toymaker and young musician spending time in Chapada Diamantina on an eight month Walkabout,

He was funny, kind and played a mean Flamenco guitar weaving in some unexpected samba rhythms.

He offered to guide us and so, the next day the three of us set out with with Sossego in our sights. ‘Sossssssssego’=’quiet’; we retraced half of our footsteps from the previous day of wandering. Ironically the correct route was easier than our previous of clambering and scrambling in a giant’s lair.

Monika and Pablo and Magic Mud.

A Snake in our Path

All of a sudden Pablo lept back and gasped!! A Cobra Corale was slithering across our path. And my….by golly….he/she/it was pretty!

And….according to our young guia, very poisonous too. Having rarely been around snakes I felt no fear at all – a numbness – strange to me. Pablo and I loitered and gazed in admiration at this truly wild beast as it slithered away and coiled itself around a tree.

There she is….O Serpente da Floresta.

Onward to a green grey boulders lumped in the river.

We hopped—skipped—and jumped over them—. Momentum is on your side.

It’s a great feeling to be in this bouldered valley, a remote peaceful place, only the sound of the rushing water between rocks. Yes, serenity. The sun bounces off these noble rocks – it’s bright and warm. A light drenched chasm. We feel like Tom Sawyer and Huckleberry Finn.

Apparently we’re only two minutes away from our destination and then, soon enough, SHE IS:

The still water below is so deep it is brown and black, like strong tea. We slip into the cool brew and swim around, rinsing the sweat of our well exercised limbs.

Afterwards we explore the surrounding cliffs.

At the end of the weekend the two of us packed up our tent and hitched a ‘carona’ /ride back to Capao….. 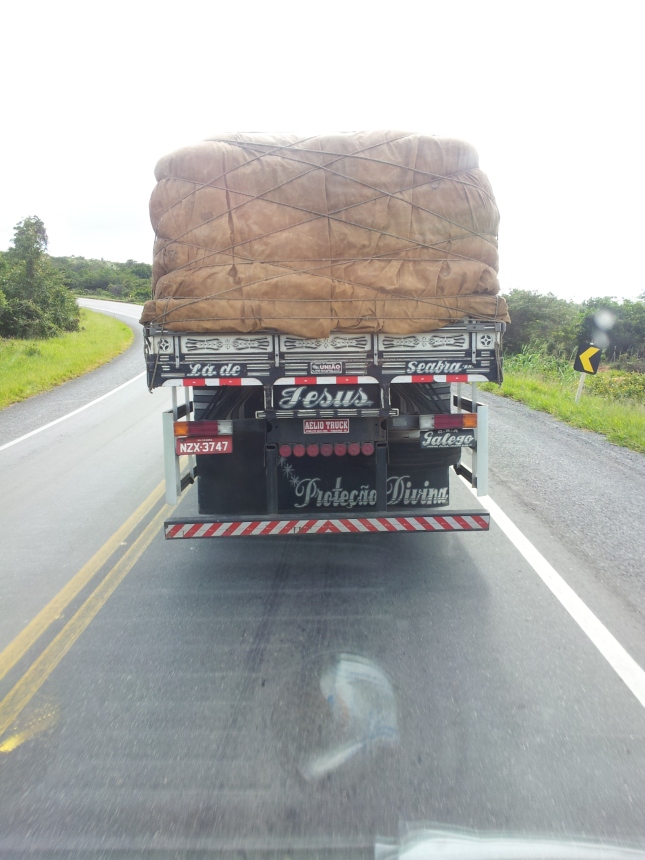 Truckin’ for Jesus! – The charming view from our first lift.

A strange shop in Palmeiras, on our way home. It was full of compact disc decorations and two cats on leads….

Once back in the bosom of Rivendell….a-hem!….I mean Capao, we attempt to find Cachoeira Fumaca, the tallest/longest (how do your measure a waterfall?) in Brasil at 340m; ‘Fumaca’=’smoke’. It’s a wet day, muita chuva! – we are warned to turn back in these slippery conditions and without a guide, but, ….we stubbornly march on. Waterfall hunting can be rather addictive 🙂

We tie plastic scraps to shrubs, like Hansel and Gretel trying to keep track of our path. It’s surprisingly misty, much like the Peak District – a memory from home. After a couple of hours trudging I turn around 360 degrees: everywhere looks the same; another memory! call me dramatic but this is the Swamp of Sadness from Never Ending Story. We’re damp, disorientated, “let’s turn back…..!” I persuade Moni. Eventually the Polski ‘forca da natureza’ concedes.

Where the heck is Fumaca?!

Back to the Big Salvadoran Smoke

It’s time to go back to Salvador. Sam is driving there and we bundle into his trusty Defender along with his friend Daniel. The four of us set off around tea time.

Daniel has been living alone in the jungle for the past month. He’s an artist, tattooist, a Seeker of Truth, he has an enquiring soul and hates cameras. He paints fabulous t-shirt designs and makes etchings. I can feel a new friendship in the air.

Off we speed together, into the night along that same red track that led us to this precious green wilderness in the first place.

Some etchings (all details) by Daniel Emekin. 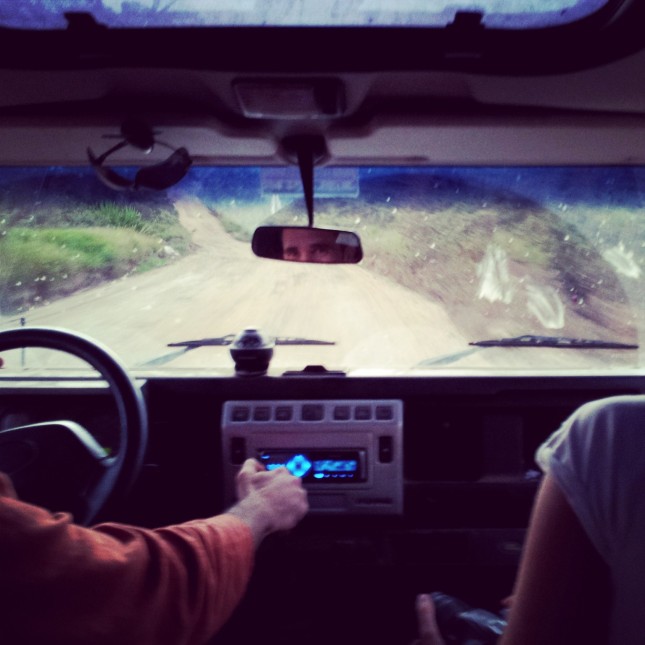