These are the words of Luciana as she reminisced to me about her Porteno Grandparents and times when she’s felt homesick for Argentina. She lived in London for a time. I stayed with her for just shy of a week and felt so at home in this big old bohemian 1930’s apartment. Within 5 minutes of being in the door, with my backpack heavily lumped onto the cool floor we were ‘sharing a mate’.

Another Couchsurf home. Luciana’s lived in a 1930’s residential building with gigantic proportions.

=To take a mate (“ma-tay”). Much like black tea with milk in the UK – a.k.a. “a cuppa” – mate is ubiquitous in Argentine culture. Before the influence of American coffee shops took over the world, mate was even more embedded in daily life here. It’s not just a case of sipping this stimulating pick-me-up to revive yourself or to pausing for a thirst quencher – to “tomar un mate” is to share a conversation….to hang out….to be together. 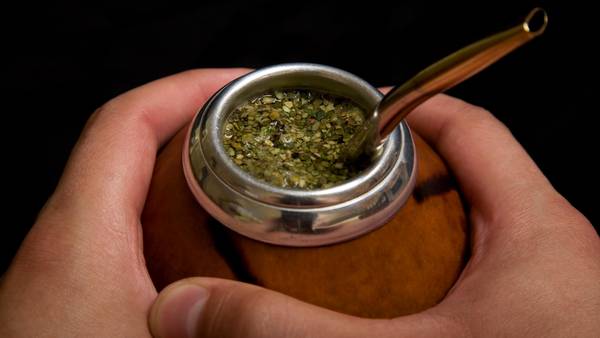 Loose leaf: add hot water to your mate and enjoy. As you’d expected from Southern Brazil to Uruguay, from Northern Argentina to the South, mate varies in taste and preparation.

I feel this way about tea in the UK. In my family a cuppa is drunk almost hourly (my father’s influence), much to the horror and puzzlement of our French relatives. To my delight, that cup of tea is nearly always accompanied by a chat, an update or a longer conversation.

So the social contact and the drinking are interwoven.

Mate is drunk from a little hollowed out gourd. These were as little as 20 pesos (about £1). 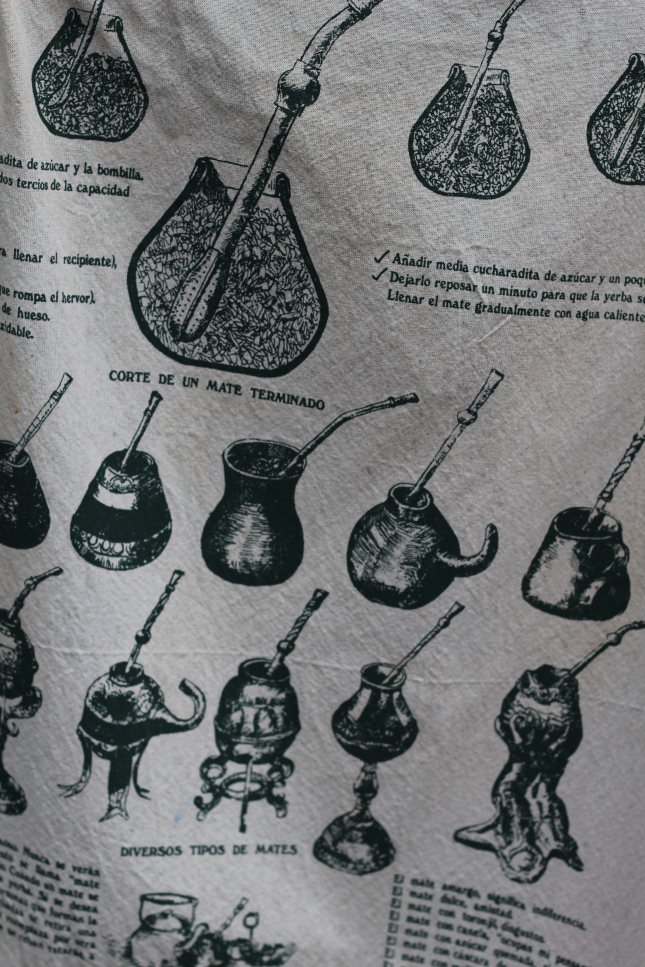 Mate is quite literally shared, the gourd and silver straw passed from one person to another.

…other Argentine delicacies to enjoy before or after your mate……

Not as tasty as the real thing: Empanada purses! 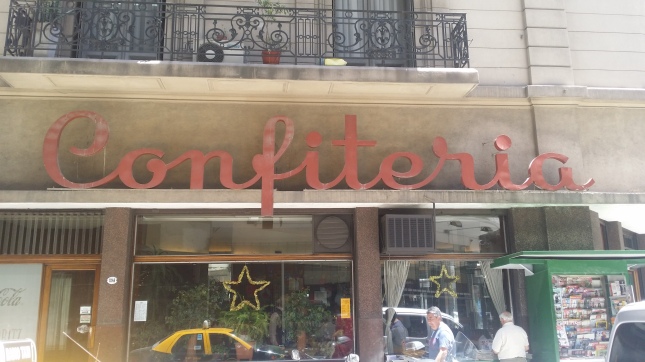 Did I mention Dulce-di-leche…..? Confiterias everywhere, aaahhhhh! I have nightmares that Alfajores are chasing me down the street demanding I eat them!

An antidote to Alfajores.

Gratuitous unrelated photo of an Upholsterer with a darn pretty frontage 🙂